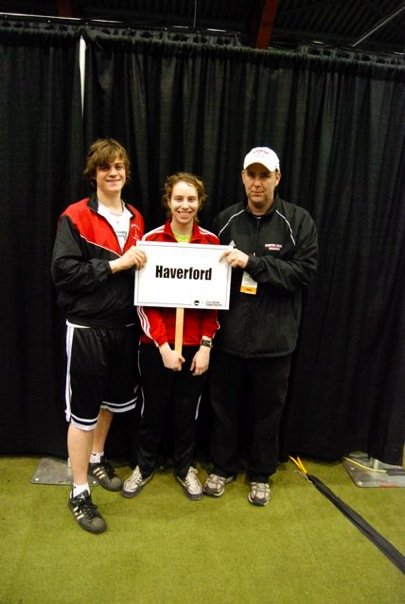 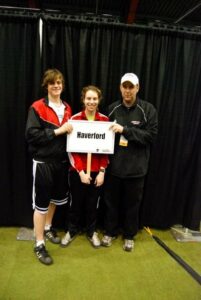 Her performance at the NCAAs capped a season in which she won nearly 80% of her bouts in team competition, won the epee gold medal at the National Intercollegiate Women’s Fencing Association (NIWFA) Christmas Invitational and the silver at the NIWFA Championships, and won the epee at the Eastern Women’s Fencing Conference (EWFC) Championships, becoming the EWFC epee fencer of the year.

She had qualified for the NCAA National Championships field of 24 by the strength of her season record and her sixth-place finish at the NCAA Regional Qualifiers, behind five fencers from top-ten Division I teams.

Haverford came in second in the team competition at the NIWFA championships, with Emma going 9-2. Emma then got the silver medal in the individual competition:
http://www.haverford.edu/news/stories/5261/3