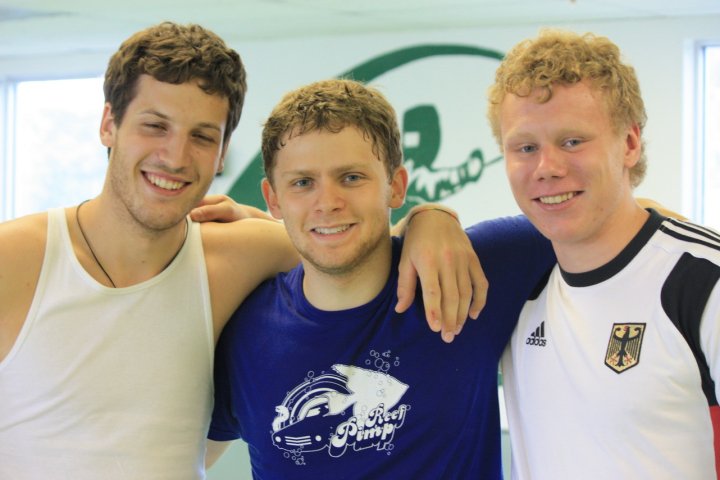 With stiff competition coming from all over the world, Space City Fencing’s fencers placed extremely well – all achieved international points. Keep in mind this was a junior level WORLD CUP event and most of the competing fencers below are in the younger cadet age group.

Ben parkins took 19 place in the Junior men’s foil event, earning international points. He narrowly missed making the top 16, losing 15-14 by a single point. Here you can see Ben to the right preparing for his bout with a Canadian foilist. At the time of this event, Ben was ranked number 4th in the Cadet National Rankings.

Another Ben, Ben Nichols, made top 64 losing to the fencer who went on to win the sliver medal. For his efforts, Ben earned 2 international points. You can see Ben below and to the left, walking away after fencing a competitor.

Zoltan Krudy made the grade by placing in the top 64 in the men’s junior epee event. He had an unlucky bracket to fence through and found himself face to face with the number one seed in a direct elimination bout. After a hard fought bout, he lost 15-14 by only one touch.  Nevertheless, Zoltan earned 2 international points at the event.

Cathy McDermott fenced fantastically well making it all the way to the top 32 and winding up 25th place. She was proud to earn 4 i nternational points at this tournament.  Lizzy McDermott had a hard time in pools but came back very strong seeding 27 going into DEs. She earned 2 international points at this event. You can see the two twins to the right with their coach, Mauro, right before the twins take a quick lesson at the venue to prepare for the tournament ahead. Preparation and coaching at a major competition are essential aspects of training at this level. Below that is another picture of one of the girls having her weapon tested before a bout.

Finally, Neely Brandfeild, currently ranked #2 in the Youth Under 14 National Standings, fenced two age groups above her level – making it all the way up to top 64, earning 2 international points. Below and to the left Neely walks towards the en-guard line to fence a competitor